Soup is a staple for so many of us and is a great building block for a balanced, healthy diet. Whether you make your own soup at home, or buy a carton at the supermarket for time to time, it’s not always clear just how long you can leave it before eating. Soup’s shelf life before going off can vary dramatically.

Canned soup lasts for a very long time, usually years. Fresh, chilled soup in cartons usually lasts a couple of weeks at most. Both canned and fresh soup should be consumed within 48 hours of opening. 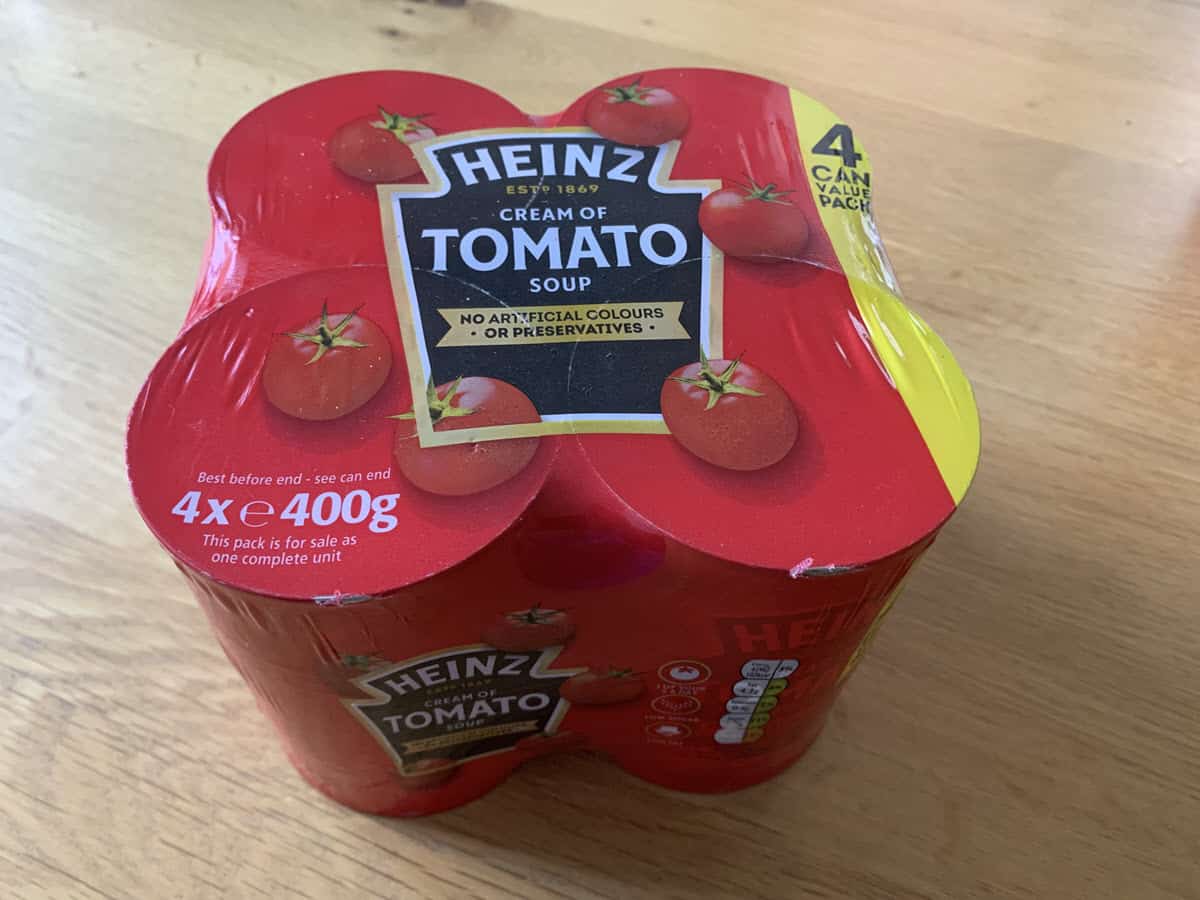 How Long Is Soup Good For After Expiration Date?

When we talk about expiration dates, canned soup usually has a best before date printed on the base of the can. For cartons of fresh soup, it’s normally printed on the seal at the top of the carton.

Best Before End (BBE) dates on soup are an indication of when it starts to degrade in quality if stored as indicated on the packaging. For canned soup this is usually a cool dark place, for fresh soup it’s normally kept in the fridge. Unlike Use By dates, soup can still be eaten after a Best Before End date.

Best before dates are about quality of a product, whereas ‘use by’ is about food safety. That doesn’t mean that months or years after a food gets past its best before date expires it can still be eaten safely, but a little common sense should tell you if it’s still fine or not.

Why Canned Soups Last So Long

There are a lot of misconceptions about tinned food, including canned soups. The methods used in packaging the soups in tins allow them to be kept for very long periods with degradation, however if they’re damaged in transit, they could lose their superpowers in longevity.

Canned soups last so long because once made they’re sealed into tins. The sealed can is heated to destroy ant bacteria. As the soup is sterile and no longer able to come into contact with external contaminants, there is no bacteria to multiply. This allows them to be stored for long periods, often years.

Conversely, cardboard style cartons are not able to offer the same protection as tinned soup, so have a much shorter shelf life. They do, however, offer much more variety in fresh soups to be packaged in protected conditions to minimise bacteria in the factory before they’re sealed and produce a higher quality product.

Once opened, soup should usually be consumed within approximately 48 hours. Typically, you will be able to tell by the look and smell of soup that’s too far past its best. You’ll see the surface start to wrinkle and the smell might get stronger. Some soups are more safe than others, so be particularly careful with soups containing meat.

A week after opening, soup should be disposed of rather than consumed as it is long enough for the quality to degrade significantly. More importantly, there’s a strong chance that bacteria could have multiplied to levels that could upset your stomach and digestive system.

Is Soup OK Out Of Date?

In terms of safety, fresh soup that’s a couple of days beyond its BBE should still be fine to eat, especially as you’re going to heat it well. Don’t boil it because that will impair the quality further, but making sure it’s kept hot for a couple of minutes throughout (stir to ensure that the temperature is consistent throughout the pan) to kill any nasties that may be lurking.

What Happens If You Eat Gone Off Soup?

If you’re regretting consuming soup that’s been open a little too long, it’s likely that the side effects will be little more than a slightly dodgy stomach for a few hours. However, in more extreme cases food poisoning is a real possibility. The range of symptoms include anything from a mild stomach ache to chills, fever and even vomiting.